I’m one of those annoying smug married people and although I love my husband dearly I just don’t really see the point of Valentines day – after all, why should there be a day to remind us to tell our other halves that we love them?! It’s kind of a set steak and nookie day, although with Mr J on a night shift that won’t be happening either. Tea and Call The Midwife in bed it is then! 🙂

Anyway, I thought I’d share my reasons why I think Valentines Day is crap…

1. All The Crap Presents

Why does anyone want a fake rose or a crap teddy bear holding a love heart? Or to be really trendy, two cuddly avocados: “let’s avo cuddle”. Just no. Oh and by the way it’s “let’s”… 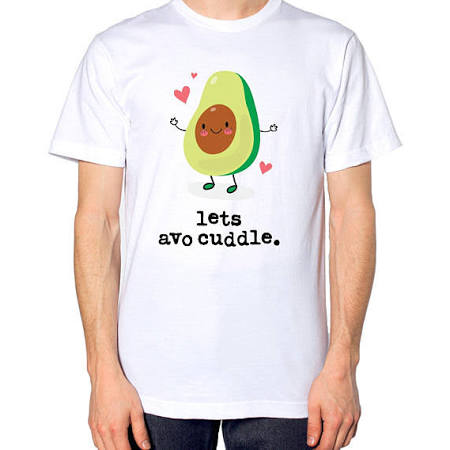 Giving our beloved Valentines day cards and presents is obviously not enough and now we should be buying them for our other halves on behalf of our kids. The other day I saw a “my first Valentines Day” babygro, what’s next “my first pancake day” vests?!

As much as all the Valentine’s shiz is crap, being single is even worse as it’s just a cruel reminder that nobody loves you, except your mum and your cat.

“If you are widowed, divorced, just broke up its a reminder…” Kim Brummie Gal In Cardiff

It’s the one time of the year (oh and mother’s day) when the cost of flowers go through the roof and the supermarkets have a price war over a dozen red roses. Then there’s restaurants “Valentines’ Special” dinners.

“Everywhere has a set menu so you can’t even choose what you actually want to eat!” says Aryse from Arepops.

On the plus side, there’s always bargains to be had on the 15th Feb!

This site uses Akismet to reduce spam. Learn how your comment data is processed.

Back With A Bump is a parenting and lifestyle blog run by a Northamptonshire mum of two girls. Fran blogs about life as a gym loving mum and the highs and lows of parenting, often with a pinch of sarcasm.
Back With A Bump was launched at the beginning of 2016 as Fran returned to blogging after a hiatus, and began journaling her pregnancy journey and life after losing a child. Back With A Bump has since grown and evolved and Fran regularly blogs about family life, fitness and healthy living and home projects, namely the much anticipated #projectkitchen.

As a growing family, it might make sense for us to buy or rent a timeshare resale to heighten our vacation experiences. Timeshares for sale on the resale market are larger than hotel rooms and can be purchased at up to 50% off the resort’s price. They also come with kitchens.